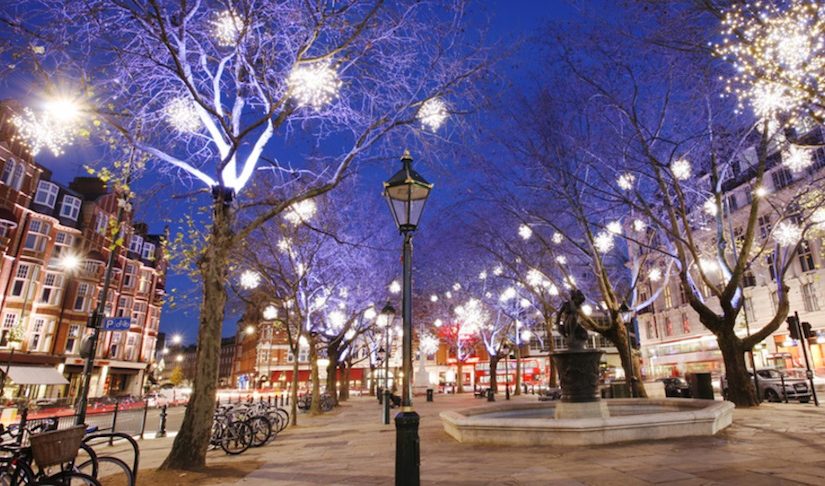 There’s something about that season from Thanksgiving to New Year’s that will bring out the adult children’s worst fears and greatest expectations. One of the biggest fears is that we’ll be alone. The biggest expectation is that we’ll finally have a Christmas the way a normal family does. This Christmas we’ll all be together, and we’ll all love each other and communicate our feelings openly and honestly.

For years I started dreading the approaching Christmas season as early as June. With some work, I finally made it up to September or October before I went into pre-holiday depression. That’s finally changed, but it’s often still hard. There’s still a little boy in me who wants to believe in Santa Claus and an overnight cure for alcoholism, dysfunction and co-dependency.

Many co-dependent adult children seem to feel absolutely compelled to go home during the holidays, no matter how much they don’t really want to.

“Mary, are you going home for Christmas this year?” the therapist asks the Mary’s and John’s of the world.

“I don’t want to. It’s always terrible at our house. It’s crazy. Mom works herself to death getting the meal prepared. Dad and my brothers stare at endless football games. There’s always so much tension in the air you could cut it with a knife. No one really talks to each other and everyone acts like there’s nothing wrong. I think I’m the only crazy one in the family because I either want to scream or run away and everyone else looks like everything is fine… Yes, I’m going home.”

“How is it that you feel you must go if it’s so bad?” Therapists who specialize in co-dependency already know, but we ask anyway.

“Mom would be crushed if I didn’t. Dad would be so upset. My sisters and brothers would disown me. And my parents always say, ‘Grandma isn’t going to be with us much longer and is dying to see you. If you can’t think of us at least think of her. Don’t be so selfish!’”

So adult children go, and everything is pretty much like it’s always been. They are so tense they say or hear something that sets things off and the whole holiday ends up a big mess. Hope that “this time would be different” gets postponed until the next Christmas. No one has a good time except the ones still in denial.

When ACoA’s survive the holidays and return to their groups and private sessions, they have lots to work on. So going home does give us therapists plenty to wrestle with from January to the middle of November. Many ACoA’s want three to six extra sessions per week after that if they can afford them. Most of us really just want someone to tell us we don’t have to go home this Christmas if we don’t want to. Going home can be, for some, the loneliest way to spend the holidays. We go to not be alone, and yet loneliness was exactly what I would feel the most as I looked at the way our family really was.

As a footnote to all of this, when I didn’t go home, I had a tendency to isolate and white-knuckle my way through the holidays. Since I didn’t feel I fit in anywhere, I’d often be by myself. People would ask me over for dinner or to come home with them and be a part of their family. I’d decline and go to a couple of movies on Thanksgiving, Christmas and New Year’s Day. I always knew the best pictures to tell folks to see when they returned from visiting their families.

The bottom line is that no matter what I did to not feel alone—whether it was to muster up the wherewithal to go home or stay by myself—I still felt alone.

Last year I didn’t do either. I went to Al-Anon and CoDA meetings during the holidays and felt for the first time that I was not alone. I fit in. All the meetings were made up of those of us who were ready to stop going home and pretending or enduring the ordeal. Yet we were not hiding out in movie theaters and under the covers in our bedrooms. It felt great. This year, after three years in recovery, the holidays were finally happy. But the year before? … Well!

My friends, I hope you enjoyed reading this excerpt from The Flying Boy II.

I am proud to announce it will be one of my first E-book releases beginning the 2nd day of January, 2018, by my long-time friend and colleague, Robert Teitelbaum of Teitelbaum Publishing.

One thought on “Home for the Holidays”