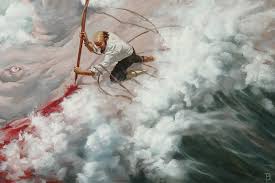 People who fly into a rage always make a bad landing. ~ Will Rogers

See the tiny toddler going to explore the dog in the neighbor’s yard? Now listen to what she might have heard – best case – “Get back here young lady.” Worse case from the very anxious or perhaps exhausted parent, “Don’t you ever leave this yard, or you’ll get a spanking.” I can’t believe spanking still happens, but that’s another blog post.

Toddlers to teens to adults, trying to go forward, trying to get somewhere, testing limits and boundaries all thwarted in time and space by well-intentioned adults. Even the police officer who pulls us over for speeding to our destination is good intentioned most of the time.

I call it “Interruption Rage.” It takes many forms: you’re in a hurry and the person in front of you at the grocery store says, “I forgot something.” Interruption. You’re dancing with your sweetheart and someone cuts in – interruption. You’re finally going on the much-needed vacation and the flight has been cancelled or the ship is held at port for a germy interruption. Or perhaps you’re speaking at a lecture, having a heart-to-heart, come to Jesus talk, and the would-be listener interrupts – you explode – “Stop interrupting me, damn-it!” or you just shut down.

These small and large interruptions are stored in our bodies and fester there sometimes for decades.

We as children or teens could not safely express the momentary anger at those who guard the gates, monitor the hallways, shuts the doors on our momentum going forward literally or figuratively. So, we return to our cribs crying or we fantasize our cars have machine guns mounted on the hood so we can use them to get the guy who cuts us off on the interstate. Thus, the mild-mannered, never-in-trouble accountant heading home at 5:15 on a Friday after staring non-stop at columns of numbers gets cut off one too many times. They floor their Prius, drive like crazy, cutting others off to catch up to the surrogate, over-anxious parent, teacher, partner. The disproportionally pissed-off accountant best case starts cursing and shooting the bird. Worse case gets the offender to pull over and one or both go to jail, and we call this Road Rage – my new term – Interruption Rage!

How about you? Been interrupted recently?

“He piled upon the whale’s white hump the sum of all the general rage … and then, as if his chest had been a mortar, he burst his hot heart’s shell upon it.” ~ Herman Melville