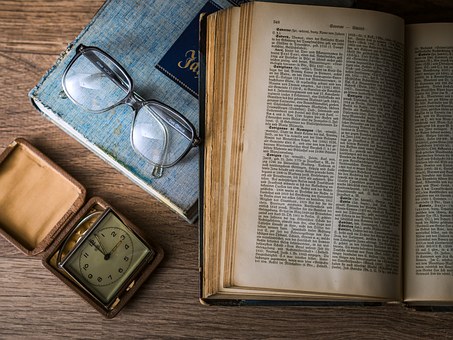 An Excerpt from the Introduction of a Memoir in Progress

In Alabama, if you meet someone you know you say, “How’s your momma’n’em?” If you don’t know them, you say hello, pass some pleasantries, and then you say, “So who are your people?” Let me answer this question.

These are my people, at least the people on the Knight and Lee sides of the family. I came from grandparents who were sharecroppers for a long time before they owned their own small farms. They plowed with borrowed mules before they bought their own tractors. Both my grandfathers and their fathers slaughtered hogs at the hint of the first frost and ate everything that surly pig begrudgingly gave up. My great-grandmothers called their husbands Mister, and Mister washed his feet in a pan every Saturday night, and sometimes he washed the feet of his brethren on Sunday mornings, being the Baptist he was brought up to be.

The water they used to wash their sins away came from creeks, ponds, and wells instead of water faucets. Cooking water was drawn from ice-cold wells by hands as rough as corn cobs. The wells were found by water witchers using forked branches from an old oak tree.

My people were old when they were in their forties, and grandparents were old way before then, since many of them were bound together for life at thirteen, or fourteen. Being nineteen for a woman was considered really bad news because she was labeled an old maid or spinster.

My people hunted and ate squirrels, rabbits and possums, saying grace and thanking the Lord for them. They blew rabbit tobacco or cigar smoke in their children’s ears when they suffered from an ear ache, and if grandpa’s nose itched that meant someone was coming, and if their ears burned that meant someone was talking about them. They didn’t believe in doctors, and even if they did, they didn’t have the money to pay for one, so they relied on a lot of old ways. If their kids had a sty they would chant, “Sty, sty leave his eye, catch the next one who walks by.” If frogs gave you warts, witchery could remove them, and no one thought the Holy Ghost would mind a little witchery every now and then.  Most of them tended, except tee-totalers, to make, distribute and worship White Lightnin’ since it weren’t no sin if used for medicinal purposes or to get their rear in gear for a Saturday night fight or for square dancin’.

Most of them were uneducated and didn’t trust anyone who was, and yet would walk two inches taller when their children learned to read “real good.” But they knew when to sow and when to reap, and how deep to plant a seed, and had the patience to watch it, and watch their children, grow – though childhood was short and usually over by age eight or nine. While they weren’t great readers themselves, they were damn good story tellers and nearly everyone was musical in some way and ready to pick and grin the night away, belting out a Jimmy Rogers or Hank Williams’ song without much shyness. Many a grandma beat the black off the keys of an upright, slightly out of tune pianne’ and belt out “The Old Rugged Cross” fully believing she would exchange that cross “someday for a crown.”

I came from men who wouldn’t hold a baby for fear they might break it and who wouldn’t hold hands with their four-year-old or their wife in public because that was too personal. But they thought it was their duty to toughen up and break boys before they were the ripe old age of eight or nine—for the most part, girls didn’t get “broken” until twelve or thirteen.

I came from men who hand-rolled their Prince Albert cigarettes, and later smoked two or three packs of unfiltered cancer sticks a day, and drank lots of Old Crow whiskey at night and especially on weekends after working in Northern factories, which was supposed to provide a better living than a few acres of worn out soil down South. These men thought a handshake was as good as a signature on a piece of paper. These men were rough on their children and their women, but even worse on themselves, especially if they were unemployed or underemployed.

I came from women who not only stood by their men, but would help them stand up in court or in church after a hard night. They had to hide money to buy shoes, and picked cotton as good as any man alive.

These women doted on their children since the fathers were either gone in the fields, and later to the factories, trying to compensate for their husband’s coldness and indifference and pure lack of what we now call “emotional intelligence.” I came from women who read the Bible and made their own clothes and thought a Sears and Roebuck catalogue was about as close as they would ever come to being middle-class.

Where did most of these people come from? They sailed across the big pond from Scotland and Ireland. Most of them settled in Alabama, Georgia, Tennessee, Virginia, the Carolinas and few went to, “M-I-crooked-letter-crooked letter-I-crooked-letter-crooked-letter-I-humpback-humpback-I”: That’s how we learned to spell Mississippi.   Most of the land had petered out due to over-farming and not rotating the crops, and a lot of what was left was strangled by kudzu, and yet these are some of the most beautiful states in the Union and some of the greatest and most religious and spiritual people in the world.

It was here in the Deep South that I found myself still struggling with leftover Puritanism. My people would be working for the people who John Winthrop would be owning the, “shining city upon a hill.” This exclusive Christian club worked for me for a while, but then it got to be like the vegetable your mom or dad puts on your plate saying, “Eat this; it is good for you,” but you don’t really like the taste so you hide it under the mashed potatoes and hope they don’t notice. Fundamentalist Christianity became my own personal Brussels sprouts, and psychology my lumpy mashed potatoes. I was hiding my doubts about the little baby Jesus who was supposedly born in a manger to a virgin as well as the one who bled on the cross for my sins. Mixed into the mess was a whole plate full of self-dished out shame and guilt that I couldn’t do what I thought, and was even told I was born to do—be a preacher.