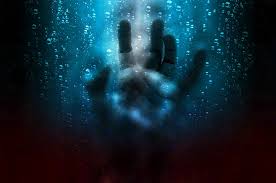 Several years ago, I gave a brief lecture to about a hundred men at a conference in Minnesota on the differences between depression and despair. During the talk a tall man standing in the back of the room began weeping. At the end of my forty-five-minute presentation I asked the man if he was okay and would he mind sharing what brought him to tears?

“For twenty-five years I have been telling my wife she had to do something, get some help or something for her depression. We fought over this a hundred times and every time she would say something like, ‘You just don’t understand. It’s not depression. It’s something else, and I would let it go for a while and then we’d get into it again. I have to go home and apologize to her and try to make amends because now after your talk I know what she was trying to tell me but just didn’t have the words. Now I know it is, and always has been, despair.”

A few years later after my divorce I went to my cabin in the Appalachian Mountains to deal with my own adult despair, not my childhood, adolescence or young adult depression. It was in that house that I read everything I could on despair. When I wasn’t reading or weeping, I stared for hours out windows and into some distant pastures, past ponds and pine trees and slowly the distinction between depression and despair came into view. Even though many educated and thoughtful people and professionals use these two words interchangeably I came to fully realize they were as different as night and day.

Depression is a biological and emotional quest for light, relief, and balance. Depression gives nothing and takes everything—sleep, food, relationships, and much more.

Despair on the other hand seeks darkness, like that of St. John of the Cross in his beautiful work, “Dark Night of the Soul,” or in the case of the Babylonian myth of the great flood. In this version of Noah and the flood the hero of the story wants desperately to know if there is any dry land to be found so he sends out birds—a sparrow, dove and they don’t return with any news at all, but the last bird he sends out is the crow and it returns with mud on its feet. When we’re in despair we are searching for the mud in our minds, art, hearts, careers, parenting, and partnering hoping to find meaning, usefulness and authenticity.

Depression does nothing to remove the masks we’ve made and worn for a lifetime. Despair’s desire is to take the ego, the personas and all the false selves and drown them under 40 days and 40 nights, or in my case, over 40 years, and watch them sink to the bottom of the flooded false self. Despair is desperate to find the truth of our existence here on earth.

Here is a little more light about the differences between depression and despair. First depression is a situational, circumstantial, or biochemical imbalance or a combination of all three. Change the situation, the circumstances for the better the depression should diminish, dissipate or disappear. If it is due to biochemical difficulties, then change the biochemistry and the depression should lessen. What we know is that only two out of ten people who are diagnosed with depression get little or no relief from pharmacology or psychotherapy or both. What is the other eight or millions really suffering from? Could it be despair that pills, nor PhD’s, or psychiatrists cannot cure?

Despair is rooted in an existential loneliness that almost everyone is afraid to admit for fear they have done something wrong. Despair is a house we eventually have to sit in until we are ready to reassess our deepest self and our interior world. It is in this house where we must unabashedly and without embarrassment or shame strip away all our false selves. Despair is the first stage of freedom and an entrance into a more genuine and real existence. Despair is the bridge that takes us from “here to there.” Despair is that lonesome valley that we all fear but must be walked through. It is the dissonance or the distance between what we thought we would do with this life and what we have actually done, who we thought we’d be and who we became.

Despair is caused by self-betrayal and giving up on our deepest desires; it is the result of the risks not taken, the love not received or spoken. As John Burnside said, “Nothing I know matters more than what never happened.” Despair is the continual frustration and even anger over the feeling that some unspoken or spoken contract or agreement with our self, each other or the divine has been broken or dishonored. It is very different and from depression and must be treated differently.

In the words of poet Mary Oliver, “…tell me about your despair, and I’ll tell you about mine.” Or as David Whyte says, “…I want to know if you belong or feel abandoned, if you can know despair or see it in others.”

So, I ask you to think a little differently now and consider, is it depression or despair that you wrestle with?

“Life begins on the other side of despair.” Jean Paul Sartre

2 thoughts on “THE CROW’S MESSAGE: The Differences Between Depression and Despair”