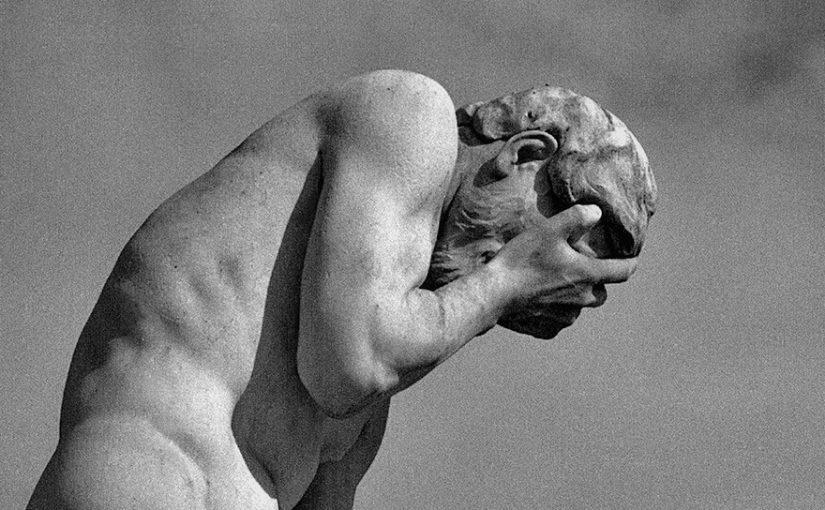 “Guilt is a teacher, love is the lesson.”

Guilt is not a feeling. Guilt is a judgement and a social/religious construct that has been drilled into our heads for so long that we actually think we “feel guilty” a good deal of the time.

I ask my clients and workshop participants to tell me where they feel their guilt in their bodies. Their faces turn into question marks; but when I ask where they hold anger, sadness, fear, joy, and love, they point to their stomachs, shoulders, backs, jaws or hearts.

Guilt then is a way to shut down or numb our feelings.

Cindy says, “I don’t want to invite my alcoholic sister to have Christmas with us this year. But I’ll ‘feel guilty’ if I don’t. She’ll be all alone and will probably just stay drunk.”

“But what do you really feel about her drinking and coming to your home that way? Are you angry, sad, or scared for your sister?” I asked her in a session.

When I was growing up if my parents heard something like Cindy didn’t ask her sister to Christmas they would have thought/said she was being selfish and should feel guilty. Which looking back was code that if I didn’t come home from Christmas someday I “should feel guilty” and years ago I would have. Self-Care were not words used in our family back then in the dark ages.

Now, don’t get me wrong. If I steal from you or slander your good name or abuse you in some way and the poisonous snake in our heads we’ll call the Guilt Snakes hiss at us and bite into our brains then we must chop their heads off by admitting we were wrong, make apologies and amends, and make restitution out of our regret and remorse. This removes the snakes by putting them back in the garden where they belong. Remember, speaking of the Garden, Adam and Eve (Adam in Greek means “man” and Eve means “woman”) – neither of them felt guilty about their nakedness, but rather felt joyful at the freedom and ecstasy until someone told them they should feel guilty and grab some fig leaves. That’s a lot of guilt leaves in almost every household.

So, guilt, while not a feeling, says we’ve done something wrong and we need to put on clothes of compassion to make things right, we must not let it override our true feelings and learn how to express them appropriately.  Now shame says we are “wrong, broken, damaged, beyond repair,” but that’s a whole other blog.

“You do not have to be good.

You do not have to walk on your knees

for a hundred miles through