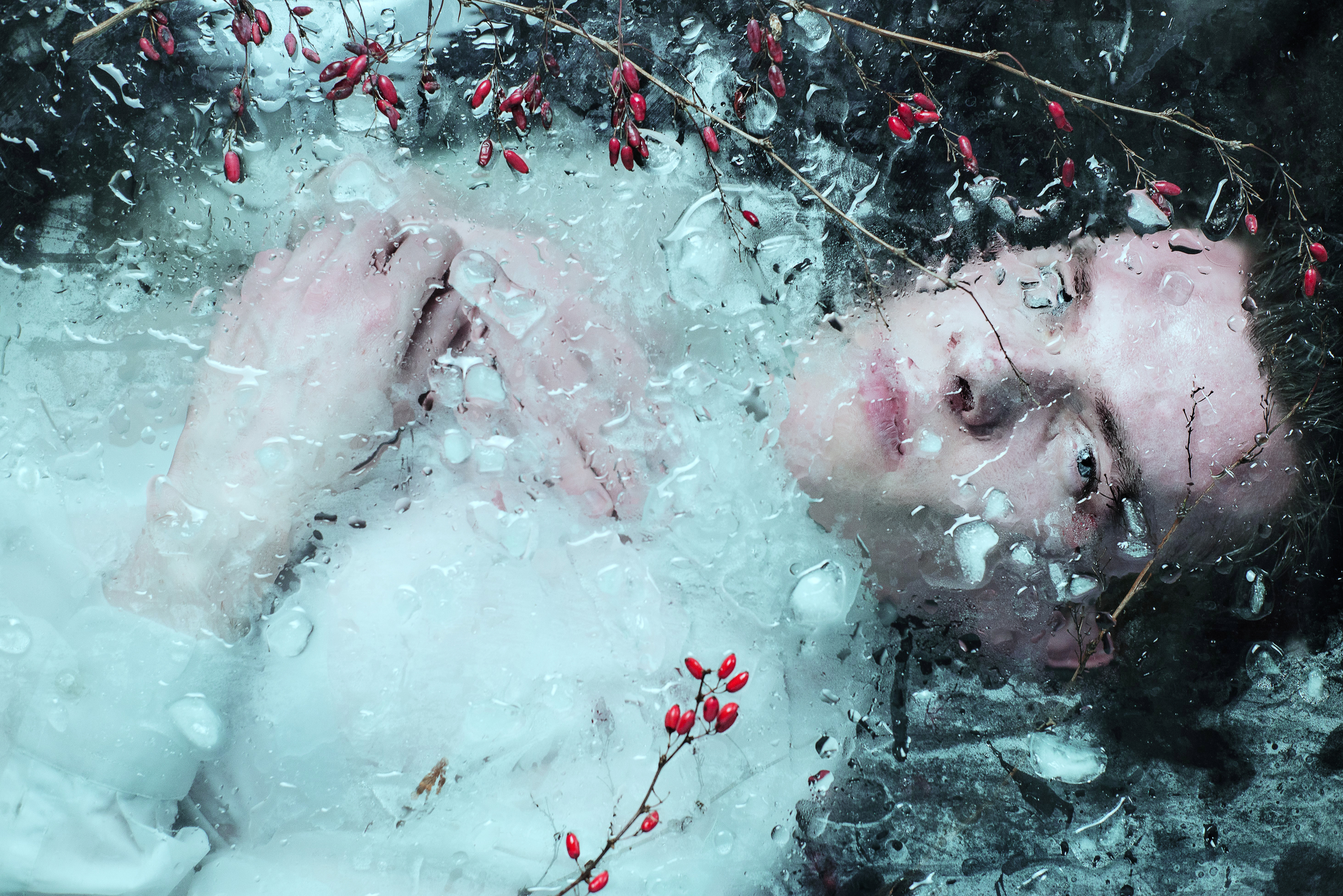 If you received shame, or an injury like a whipping or beating, or an icy cold, unresponsive stare from a father’s silent face – as a child you probably went numb from the neck down. Any boy subjected to such abuse will try to disappear and will usually fly up into his head where he’ll hide till it’s safe to come out. Abuse after abuse leads to his forming intellectual and psychological armor against emotions, against feelings. By detaching from his body he avoids feeling the whipping or the shame. Detaching from the body is the way most of us survived our childhoods.

Frozen inside, we peer out and look at the people walking up to us to be loved or just to give love. Most people use the body to express love, but we can’t feel ours for the fear the emotions that we carry will overwhelm us and others around us.

Two bodies move close to each other, but a man who has been hurt steers his body from behind his eyes. He stops breathing when love is near. Those who “loved” him were those he most feared; they were the one who threw everything at him from criticism to cheap china to punches.

He holds in his breath until the pain stops. But the pain never really stops until we let ourselves breathe, until we decide it’s safe enough to let down our guard and give our hypervigilance a rest. We hold our bodies up more by our will, rigidity, and fear than by our bones, muscles, and spinal cord.

The wounded man, when told to relax and rest, looks at you as if you’re crazy – knowing that you don’t understand. When told to let out his anger, rage, and sadness, he points to his body and says, “I can’t feel a thing.”

While a man wants to feel, he knows that if he does he’ll hurt. Didn’t he learn to leave his body so he wouldn’t have to feel pain? But unless we increase our ability to feel the body, we will not be able to give or receive any emotion of real value. We have to become physically conscious again in order to be mentally and emotionally present for ourselves and those we love. We have to learn to trust our bodies, our feelings, and ourselves before we can connect with other men and women.

Without your saying a word

as a student walking behind

A teacher says, This one knows

More clearly than I the way.”