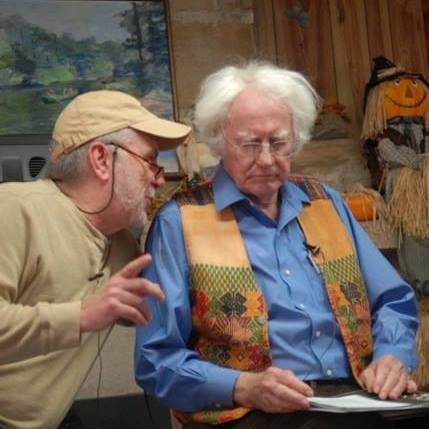 Masculinity means so many different things depending on who you ask. In 1991 there was a meeting set up by Warren Farrell, one of the earliest pioneers in men’s issues, at his mountain retreat in California. A dozen or so of us so-called leaders of the Men’s Movement were invited to come and share our thoughts, feelings, and positions regarding the question of what true masculinity was, among other topics, including whether or not the Men’s Movement should be politicized like the earlier Women’s Movement.

By the way, this is where I got to be friends with poet Robert Bly. He and I shared a cabin together and it allowed us to start a relationship as equals and colleagues for over 20 years. This relationship helped to forge my understanding of my own masculinity.

It is kind of ironic that the recognized Father of the Men’s Movement was a character like Robert Bly. He is one of the most sensitive, kind, generous, and generative men I’ve had the pleasure to know, learn from, work beside and be friends with. It took a wild-haired bear of a man who is a poet and a master storyteller of fairytales and ancient fables to lead men right down into their well of pain. Here is a man who blends intelligence, emotion, music, poetry, passion and love of all things into what would be considered a new definition of masculinity.

As for the question, should the Men’s Movement be politicized, Robert and I, and a couple of other early pioneers, Shepherd Bliss and Aaron Kipnis, agreed that the Men’s Movement should focus on an interior journey, not an exterior one. Women had to become political to assert their rights as equals in every way to the predominant male culture. Robert and I said, “We’ve been political; let’s go into our souls, bodies, and hearts” for answers on how to live in the 20th and 21st centuries. Poetry – his own, Rumi’s, Hafiz’s, Machado’s, Jimenez’s, and dozens of others – was a way inward, and fairytales would help those of us who listened as he said – often accompanying himself on his Greek instrument, the bazuki – “We’re leaving our time now.”

One of the main reasons I was asked to attend this little-known conference was due to my approach to masculinity. I felt, believed and taught through workshops and writing that men who are abusing alcohol, anger, rage, and drugs should sober up and discover who they really are under all the layers of addictions.

Both Robert and I are adult children of alcoholics, which greatly impeded our growth and development of our masculinity; we talked about this and other issues while we shared that cabin and for 20 years after.

So what is masculinity? I can tell you much more easily what it is NOT.

True masculinity is not who has the biggest cock or stock options.

True masculinity is not homophobic, xenophobic, anti-feminine or anti-feminist.

True masculinity is not full of rage.

True masculinity is not oppressive.

True masculinity is as tender as it is tough and tenacious.

True masculinity is a balance between the wild and the sensitive.

True masculinity is not afraid of being called names like prissy, pussy, or fags because we read, write poetry, play music, sing to our brothers,’ fathers,’ and sons’ souls.

True masculinity weeps, mourns, celebrates, laughs, wonders, looks at how we were wounded and how we have wounded others and our planet.

I could go on, but the truth is that true or deep masculinity changes over time with new information and experiences and at different stages of life. It changes as the seasons of a man’s life change. My own sense of masculinity at 67 is somewhat the same as it was at 35 but also much different. My masculinity now includes a kind of patience my younger masculine self did not have with people, processes and life in general. My masculinity incorporates the old Arabic saying, “Haste is of the devil, slowness is of God.” My masculinity, while still a little competitive, doesn’t do harm to other men. My masculinity finally learned lovemaking is 100 times better than fucking women I don’t know hardly or at all. My masculinity sits on the porch much more often and drinks coffee and eats banana nut bread without worrying about calories. My masculinity demands I stay in shape, but my ego is not damaged if I don’t, and as my old friend, Martín Prechtel, would say at our men’s conferences, “Long life and honey in the heart.”