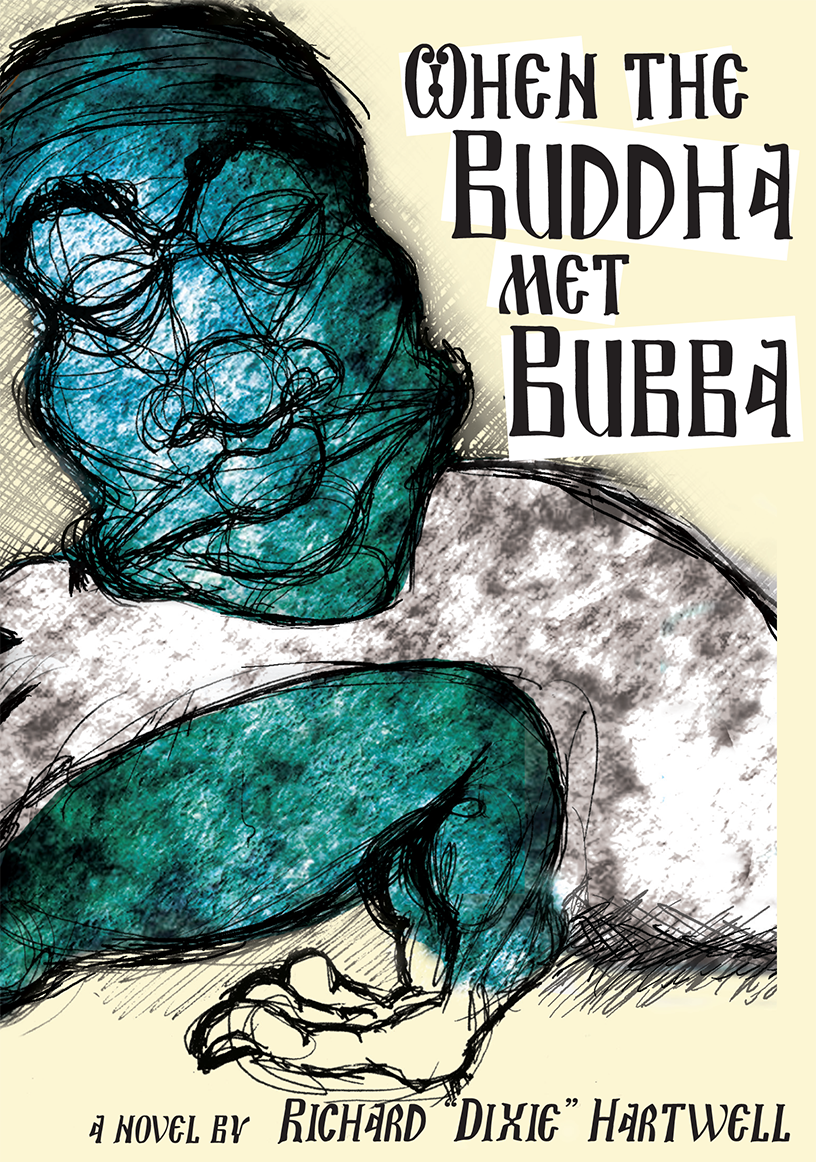 Here’s an excerpt from my first award-winning novel penned under the pseudonym, Richard Dixie Hartwell, now available as an audio release by Creative Change Conferences and soon to be released as a movie.

It’s a story about Billy Bob Coker, also known as Bubba, a redneck who reaches rock bottom until a freak head injury results in the appearance of his own personal Buddha. From that moment forward, Bubba is led on a humorous journey of introspection through the backwoods of the Deep South and through his own flawed preconceptions and relationships.

I hope you enjoy it.

I woke up early the next morning and Pooh [Bubba’s nickname for the Buddha] was sitting on the floor with his index fingers touching his thumbs and making kind of a circle. I looked at him and saw a serene calm on his face that I’d never seen on anybody else’s except my granddaddy’s. He had the same look some mornings at breakfast after saying grace and pouring his coffee in his saucer and blowing on it to let it cool before taking a sip. My grandfather was just a sharecropper and a sharecropper’s son. He was a man of few words, but he carried himself in a way that spoke loudly that he was at peace with himself and God. I always wanted that peace but just didn’t know how to find it. I kept looking for it like my daddy did in the bottom of a beer can or whiskey bottle. As I watched Pooh I got to thinking that maybe he did have something to teach me. I didn’t know what and I certainly didn’t understand what was happening. I mean the whole suitcase thing, and him being from up there and this whole “the Wise Ones” seemed like a bunch of bullshit. But I also knew that there had to be something more than working for Skeeter at the Unclaimed Baggage and getting drunk and going frog giggin’ with Chigger and arguing with my ex-wives and not ever talking to my son and hating my old man. I just didn’t know what it was so what the hell. I decided to go with this nut job and see where we ended up and what would happen. This is how I always made decisions in my life.