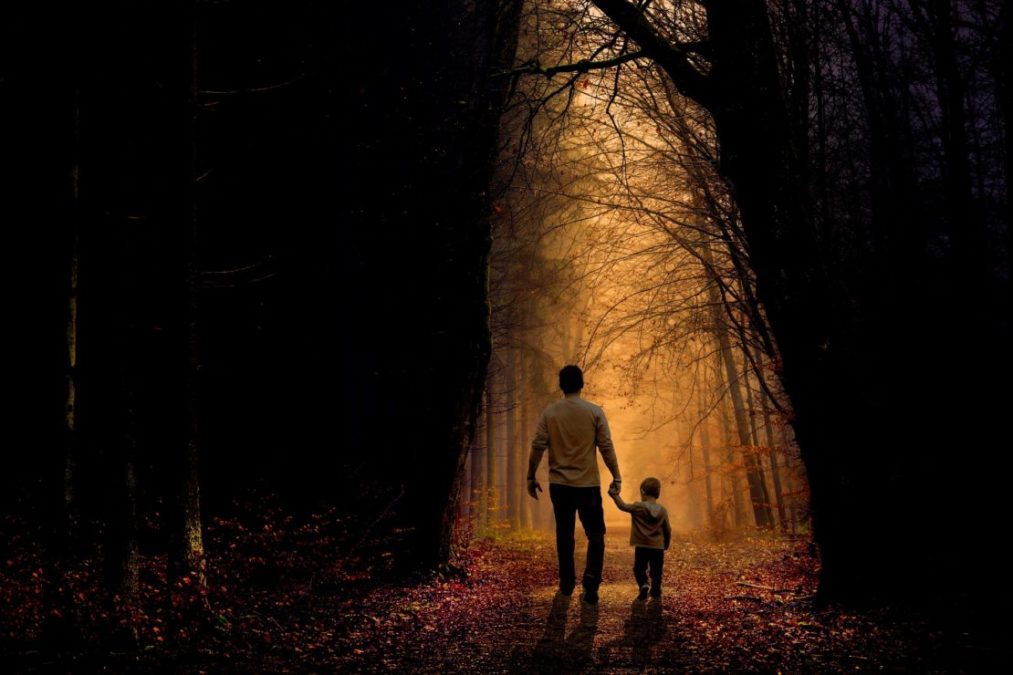 It took me a long time to repair the father-son wound. Lots of grief had to be dipped out of my body; some anger had to be put into overstuffed pillows, punching bags, and a little shouting into the ether. And sure enough, the healing began thanks to mentors, therapists, healers, and friends. So, since this is the month (hopefully all months will be) men’s health awareness month, I thought I would share some of my reflections in this blog series, “Reclaiming Our True Masculinity.” I hope it helps.

Sometimes a man wakes up in the middle of the night, or disappears emotionally in the middle of lovemaking, or stops repairing a motor because he misses his father. Sometimes the longing is so painful that he has a few drinks, smokes a cigarette, or goes and exercises the sadness away. He does anything he can to escape feeling the emptiness.

Other times, he finds a woman who reminds him of his father – unavailable, distant, and cold. He loves her like the father he grew up with. He wants to fix her and make her be there for him, to close the distance and warm him like his father forgot to do – or couldn’t do. Of course, the woman can’t fix him, and he can’t change or control her any more than he could his father. But he tries just the same.

At other times, if he’s tired of trying to close the distance with a dance-away lover, he resorts to finding a woman who lets him be the center of her universe. She clings to him and his every word, something his father never did, never thought about doing. Ironically, he will try to teach her how to be less available by adopting his dad’s behaviors: he’s late for supper or parties, forgetful of special occasions, and emotionally unavailable. When he acts like his father in these ways, he misses him less since now he is his dad. Unable to close the gap in any other way, he joins forces psychologically with his father, and feels less vulnerable, less alone.

In his longing, he also turns other men into his father. The other day at one of my men’s gatherings a young man approached me. “We need to talk,” he said somewhat abruptly. I thought, “Here it comes,” for whenever someone (especially someone I don’t know) tells me that “we” need to talk. I know “I” don’t, and “they” do. And the talk is usually not about “me” as much as it is about them and their history. “I’ve been here the whole weekend, and I’ve tried to make eye contact with you, and you keep avoiding me. Why won’t you look at me? Why are you avoiding me?” he said as his voice and fear rose an octave.

I looked directly into his intense blue eyes and asked, “Would you be willing to try an experiment with me?” He hesitated for a moment and then said, “Yes.”

“Okay, here it goes. I’m going to ask you a question and you give me the first thought or feeling that comes up.” I took a deep breath. “Who are you?”

His blue eyes were immediately bathed in tears. “You don’t know me, do you?” he asked.

“No, I don’t, and I’m looking you right in the eyes as I say this. I don’t know you, so I can’t be avoiding you. I might avoid you once I know you, but I’m not doing it this weekend. Do you see what’s happening?”

Another tear ran down his cheek. “I guess I got some father stuff to deal with. My dad never paid any attention to me. He could never look me in the eye.”

John Lee is the bestselling book The Flying Boy: Healing the Wounded Man and 26 other titles. He opened The Austin Men’s Center as founder and director (Bill Bruzy is now Director and owner). John and Robert Bly co-hosted The Mentone Men’s Conferences for 16 years and John was often a guest presenter at the Minn. Men’s Conference founded by Robert Bly and key-noted numerous men’s events nationally and internationally and key-noted hundreds of clinical conferences.